Running Out of Gas…

“The world belongs to the energetic.” – Emerson. The second habit reported by Brendon Burchard in his book High Performance Habits is to Generate Energy, the habit of how to consistently generate energy, personal energy. This habit is certainly one to be mastered for high performance.

To know how to and to consistently generate energy means never having to say…“If I keep up this pace, I’ll eventually burn out, or probably just die.” I believe that we also need to know 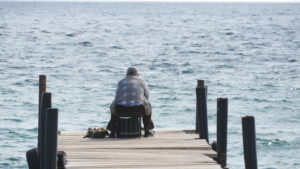 how to conserve, focus and maximize our own personal supply of energy. Did you know that we unconsciously dissipate and waste our energy on people, situations, thoughts, attitudes, events and transitions which do not serve us well. This leaves less space and energy for creating and attracting the kind of abundance that we want in our lives.

Interestingly enough I’ve also found that as I conserve, focus and thereby maximize my energy, I tend to use less energy on craving and acquiring “stuff”, spending more energy focusing on what is truly important to me, thereby helping me to perform better.

Five Ways to Maximize Your Personal Energy Supply so You Never Run Out of Gas!

Releasing resistance will affect a profound change in your level of energy and how you view the world. Resistance often feels as though we are going against ourselves in order to satisfy some internal authority or a myriad of “shoulds” “oughts” and even “have tos”. Releasing that tension can bring you more and more energy. Here is a powerful video of Burchard’s Release Meditation Technique (RMT.)

Related feelings and behavior include: procrastination, using willpower and discipline to effect change (otherwise known as “I Have To Struggle To Achieve What I Want”!), stubbornness, inflexibility, wanting to be right rather than happy (a very popular one:), holding onto self limiting beliefs way past their sell by date.

Releasing resistance can be as easy as just making a decision to let go of whatever you are holding onto. The Release Meditation Technique (RMT) also helps release resistance at a very deep level.

Watching TV unconsciously is very exhausting. Haven’t you noticed that when you watch TV continuously and do little else, you become extremely tired? That’s because you are merely a passive recipient of information that you’re not fully engaged with. On an energetic level, taking in all of those rays from the TV (similar to a computer) is overstimulating on a physiological level. Of course while you are watch TV, it means that you’re not doing something more productive.

Am I saying that you stop watching TV altogether? No, but to be more selective and watch only those programs that you are engaged with. I’d also say that stop watching the TV news – all of that manufactured fear really affects you on a cellular level. I find that my mindset, moods and overall energy improve significantly when I watch less TV. Try going one week without watching the news and let me know how you feel.

Ever heard of the saying: “Nature abhors a vacuum”. If you clean out an area of your life, you are giving the Universe a message to bring in something to replace it. This is otherwise known as energetic and/or physical clutter clearing. Start with either. Most people find it easier to start with clearing out the physical which has an effect on their energies. You are consciously creating the space for change to occur and inviting what you want into your life. This is so much easier than trying to push to make things happen. This includes “White Space” on your calendar.

One of the quickest ways to get an energy boost is to disassociate yourself from those whose energy or mere drains you. It is very effective. Unfortunately, it also becomes a little more difficult if they are your partner, member of your family, work colleagues or boss. It helps to develop a stronger set of boundaries and energetic protection, so that they are less likely to affect you in this way.

5. Create quiet time for yourself every day.

Not to do anything (unless it relaxes you), but just to clear and refresh your mind. We are human beings, not human doings. There are times when our crowded schedule and minds don’t allow space and time for the creative to be welcomed in. Einstein liked to go sailing in the afternoons after working in the morning. Edison is said to go fishing with a hookless line dropped into the water off his boat dock so people wouldn’t bother him and he could think. What’s your strategy?

Pick just one of the above, give it a go, and report back how your things change for you.