Home › Learning › How to Get What You Want – and Need

How to Get What You Want – and Need

How to Get What You Want – and Need

As promised, I am going to continue the discussion about Belief Windows and give you a step-by-step approach to identifying and adjusting incorrect beliefs you have in your Belief Window. 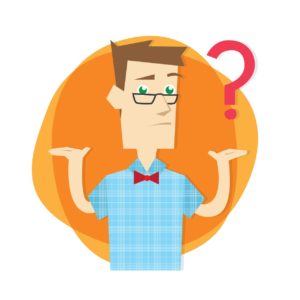 If you didn’t read last week’s post, here is a link to that post so you can get the information you need to properly use what I am giving you this week.

Basically, I want to begin by reminding you that:

Any belief that drives behavior that does not meet your basic needs over time is an incorrect belief.

No right or wrong, no good or bad – just correct and incorrect. Correct beliefs provide you with the results that are good and benefit you; incorrect beliefs result in outcomes that you do not want and are not beneficial to you or your life.

In order to identify the beliefs you want to affect your Belief Window and what to adjust or change as incorrect beliefs, proceed through the following four steps noted by Hyrum Smith:

Step 1. Admit. Yes, it always begins with awareness. You have to admit two things to yourself.

Step 2. Ask Yourself Why. You have to ask yourself WHY you are behaving in a way that leads you to the negative outcomes you don’t want. It takes being honest with yourself to find the answer, but until you do, productive change cannot happen. The important thing to know here is that the answer to this “why?” question will always be a belief on your Belief Window. (That’s why it is so important to be honest.)

This is not easy. Smith gives a couple of examples that can help you work through this step. The examples helped me and I think they will help you, too.

This step might take some time, and it will definitely take some honest self-examination. But you will immediately know when you find the root belief. Bear in mind that this is a private exercise and that you don’t have to share any of it with anyone else.

Step 3. Adopt an Alternative Belief. Now that you know what the root belief that is causing you grief and problems, you now have the opportunity to do something about it. It might take a little creativity, but you have to create an alternative to that incorrect belief.

This might take a little time – and will take some thought. Once you identify a new belief, test various outcomes you could expect if you actually did take that new belief on.

It may seem an oversimplification, but let’s take an alternative belief in the dog situation described earlier. If your alternative belief became that most dogs are friendly, you would look forward to meeting dogs. In the case that you did meet the random mean dog, it still fits into your belief that MOST dogs are friendly. If that gives you a better result that better meets your needs over time, then you probably have found the belief that you need to include in your Belief Window.

Let me warn you that this is not easy because you are actually trying to change what you believe to be true. But don’t give up, move on to step 4 to see how well this can work for you.

Step 4. Act as If. You might be asking yourself how you can actually change something that you believe is a truth and replace it with something that you either aren’t sure is true or don’t even think is true. Step back and simply let yourself “act as if” the new belief IS true. You have already identified the problem belief and you know it is not working for you. You have already identified an alternative belief and have determined that the results of a behavior based on that new belief will probably give you the results you want. What do you have to lose? And what do you have to gain?

The reason I think this is one of the most powerful skills or tools you can have is that once you see the power of it working once, you will see that you really are the captain of your destiny. You are not a victim of stormy waters. And that is one belief that every entrepreneur and small business owner who wants to be successful can use.

One comment on “How to Get What You Want – and Need”