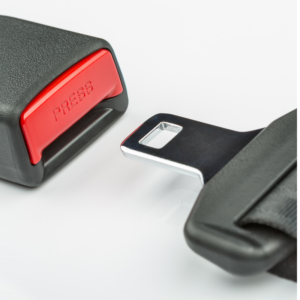 The last person (presumably the co-pilot) in the number two seat either broke the seatbelt as they left the cockpit or didn’t mention it was broken. Both are a problem. If it was broken when the last co-pilot left the cockpit what else did they break or not mention that something was broken on an airplane carrying some one hundred and fifty souls?

My thoughts here, where else in the plan are there not replacement parts, a life raft, puke bags (we needed those remember from the earlier conversation), batteries for a light? Imagine a flight attendant in a semi-emergency heading to grab some item and there is no item! Then I think about my business and think about the time I went to write a note and the ink my pen was empty… I had no spares, or recording a seminar and my batteries went dead and I didn’t have a spare… It’s not being prepared. In your business is could be inventory of a popular item and right when your best client wants to buy one… there aren’t any. Your client will understand (this time) but, it’s a little withdrawal from the loyalty account… we don’t know how many withdrawals cause us to overdraft with that client. Then the client leaves for another vendor.

Sure, my angst is about the safety of the flight and all flights but it’s also about making sure the things your client and my client need to be readily available and are readily available or surely withdrawals will occur. These could also be a fitting that causes an employee to have to run back to the shop. It might be a type or color of paint… or a tool.

One final though why I can’t let go of this broken seatbelt is… In the early 1980’s the rock group Van Halen was in vogue and touring heavily, they would provide each venue with their specific requirements. Most all artists have a special way they want to be treated and as Van Halen did they would specify those special perks in the Requirements Rider to their standard rich and famous contract with each venue.

The rider contained all sorts of specific needs, ranging from the items needed to set up each backstage green room to meal particulars to equipment needs. (The book, The Checklist Manifesto by Atul Gawande renews the interest in the power of checklists.) The list provided to Van Halen’s upcoming venues included in the middle and almost as if to hide the list was an innocent looking list: 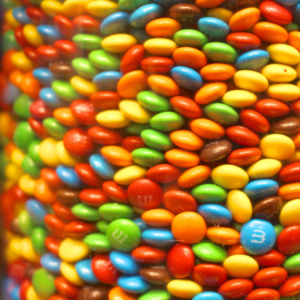 The “no brown M&M’s was chalked up by various media as pretentious rock star excess, an arbitrary little harassment technique to remind everyone who the stars were. The truth was actually quite different.

Back in the day, Van Halen was one of the first bands to tour with a big show presentation  which included a brand new kind of lighting and sound system – one of the largest, if not the largest, in the world at the time. They moved this equipment from show to show, playing mostly in big arenas that were originally built 30 years earlier, in the 1950s. Van Halen knew that the older arenas were not equipped to handle big show stage show: the doorways weren’t big enough, the loading docks weren’t strong enough, and on and on. Consequently, very special care and special accommodations were required not only to avoid huge additional costs that could result from increased setup and breakdown times, but also to prevent serious potential injury. Getting all the big show setup requirements right was critically important.

Where is this headed? Right here… if the band walked into a venue and saw brown M&Ms, they’d pretty much know that all the other important, precise safety and logistical requirements probably were not met either. This was so important that technically, by the wording in the Requirements Rider that when the brown M&Ms were absent, the band had the right to cancel the entire show and still be paid in full.

So as I’ve been reflecting on my flight home, when the co-pilot’s seatbelt harness was found to be broken it could be akin to brown M&M’s mixed in with the other M&M’s in the green room.

Checklists can be helpful tools to minimize error, as a recipe for process and create to confidence in employees. Adding flags, like the little statement “no brown ones,” in your checklists can be a helpful shortcut and hint in reviewing if the list was successfully implemented by the team.

Ok, now I feel better… on to other things to write about!