People Who Encourage You to be Persistent Are Wrong

People Who Encourage You to be Persistent Are Wrong

You want to know what qualities are required for success? You might even spend a lot of time reading motivational books and articles in search for the illusive secret of what’s required for real success. 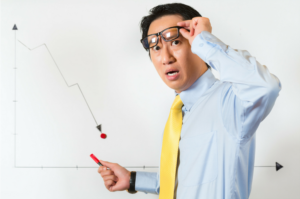 Persistence is the quality of not giving up when we encounter challenges. Of holding on to our dream as my friend Paul Martinelli says to “hold our image.” Carrying on and refusing to be discouraged no matter what the odds, no matter what happens learning all the way and adjusting but never quitting.

And then they will often tell you that the reason they are successful today is because they were persistent. They persevered in chasing their dream, no matter what happened.

So if you have been facing a bit of discouragement while you pursue your dream, reading these success gurus can give you the boost you need to keep on doing what you’ve been doing. After all, persistence is the key to success.

Almost everyone says so.

And all those people who encourage you to be persistent are wrong!

Persistence can lead to certain failure if you do not apply persistence in the right way.

Let me explain with this story what these people are leaving out when they tell you to be persistent.

For several years there had been a middle-aged blonde woman pacing back and forth on the sidewalk in front of a big building in the heart of the city. She always carries a large sign protesting something. She smiles and waves at all the cars that pass.

None of the passers by are sure exactly what her sign says because the words don’t really make any sense. There seems to be something about an injustice that happened to her when her husband’s pension was divided up during their divorce. And there are a few comments about a government conspiracy to cover up the injustice that was done to her. Perhaps what she’s trying to accomplish with her protest is an attempt to get her divorce decision changed.

Every day, no matter what the weather, this woman comes out to walk back and forth for a couple of hours in front of this large building in the heart of the city and wave at all the people. Ironically her smile never fails.

After the first couple of hours of protesting are up, she goes to another place downtown. She spends another two hours walking back and forth, smiling and waving, in front of a different building a few blocks away.

She has been doing this every day for at least, at least seventeen (17) years.

This lady is most certainly persistent.

If seventeen years of her walking back and forth carrying this sign hasn’t had any effect, I don’t think that one more day of walking with this sign is going to change the outcome of her divorce. But she is persistent in continuing her protest.

Probably every big city has a few people like this woman, people you can see standing on the sidewalk. People who spends years holding some sign that doesn’t make sense.
These people can teach us all about the real value of perseverance and persistence.

These people are certainly very persistent, but usually they are not successful.

When success gurus tell us that persistence is an important quality on the road to success, they are often leaving out something important.

When successful people tell you that they got to where they are today because they were persistent, they are actually leaving out a very important part of the story. And the part that they are leaving out is this: They forget to tell you that before they were persistent, they had a goal, they had a plan on how to get there and made adjustment along the way to move them closer to achieving their goal.

These successful people did have persistence, but they were only persistent about holding on to their vision.

All along the way, they were prepared to be very flexible and experiment to see what techniques and strategies worked best to get where they wanted to go.

John Maxwell says when the results don’t come they way you wanted or expected to ask yourself two very important questions: What did I learn? And How can I grow?

Why do so many successful people leave out this important detail when they tell us the secrets to their success? Why do they so often neglect to mention that if a strategy wasn’t working, they abandoned it quickly and moved on to another strategy?

It’s not that successful people deliberately leave out this key information trying to throw us off the track to success, I’m sure it’s not that they don’t want us to be successful.

I think that successful people often leave out this key detail because they assume it’s very obvious to everyone already. They assume that everyone already knows that you test each step of what you are doing to see whether it’s working or not. And if it’s not working, you change it. And you keep trying new approaches until you get something that works, something that gets you closer to the result you want. Then you make that part of your process.

People who admire persistence often use the example of Thomas Edison who kept trying to produce an electrical light bulb even after ten thousand failed attempts.

But people often forget that while Thomas Edison was persistent in believing in his goal, he was not persistent in the way he tried to achieve it. Thomas Edison did not repeat the same experiment over and over again ten thousand times. That would have put him in the crazy books instead of the history books.

Thomas Edison performed about ten thousand different experiments on his way to trying to find a practical electrical light bulb.

Every time he tried an experiment to produce an electric light bulb, he then stepped back and took some time to evaluate the results. Another key to success is taking that time to reflect and evaluate your activity and your results. Edison figured out what was working and what wasn’t working. Then he would try something different incorporating the elements (pun intended) that worked the next time. Additionally, he kept track of the results of his efforts.

So, remember this crucial difference the next time someone tries to tell you that persistence is the key to success.

Without taking some time to evaluate whether or not what you do is actually working, you can be persistent for years, and never achieve the goals you want. For any of us to be successful, we need to be sure to hold on to our dream, “hold our image” and remember to notice and check frequently whether the actions we are taking are getting us closer to achieving our goals.